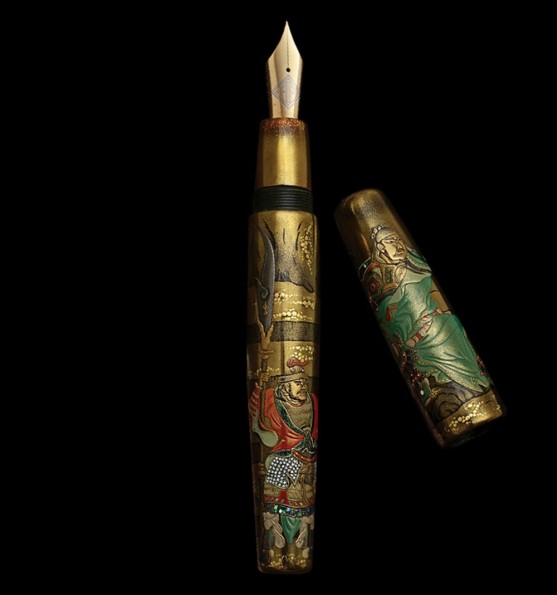 One of the most significant historical figures of Chinese history is GUAN YU, also known as Guan Di, the God of War in Chinese culture. Remembered for his patriotism, sense of righteousness and courage, GUAN YU was a warrior who fought many battles and was bestowed the status of Emperor during the Chinese Ming dynasty. He is immortalized today as Sangharama Bodhisattva by Buddhist followers and also revered as the God of Police Officers and Martial Arts.

The Ming Court bestowed patronage upon painters and muralists such as Shang Xi to honor historical figures that symbolized virtue and heroism. AP Limited Editions is honored to explore the courage and grace of GUAN YU in a rendition of Shang Xi’s depiction of “Guan Yu Capturing His Enemy Pang De”, whose original work is housed in the Palace Museum, Beijing, China.