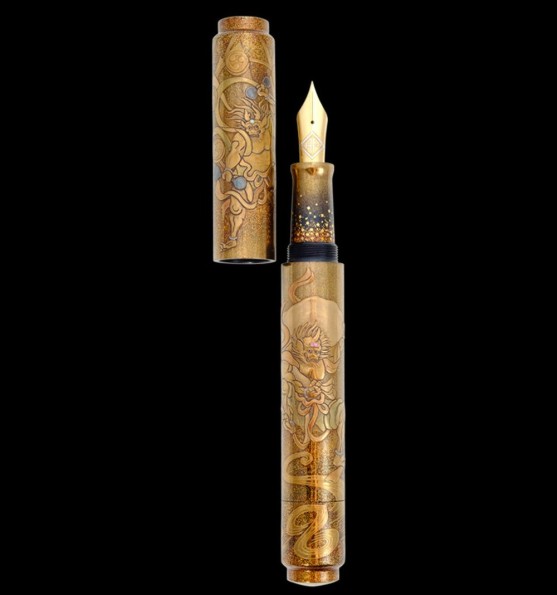 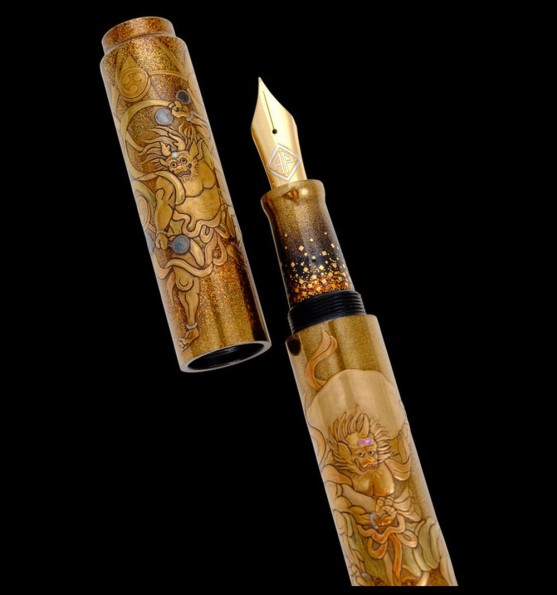 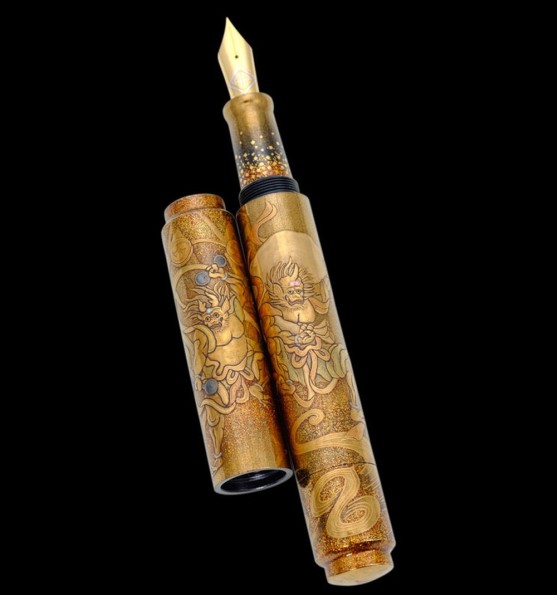 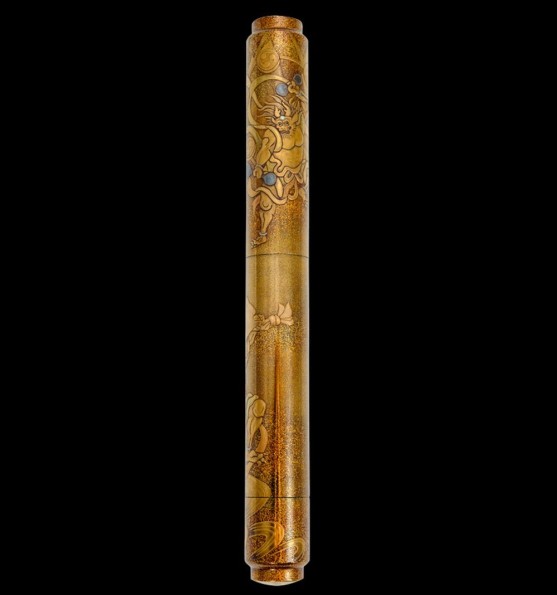 IN HONOR OF FUJIN AND RAIJIN

AP Limited Editions presents a masterpiece in Maki-e; a grand tribute to the Japanese Shinto Gods Fujin and Raijin. This magnificent fine writing instrument is crafted with eight unique types of Gold powder and Platinum and Silver powders in Togidashi & Taka Maki-e, (the highest levels of Maki-e techniques), to honor the fierce and deeply revered Japanese Gods of Nature, who feature in many forms of Japanese art, architecture and popular culture.

Fujin, the Wind God, is depicted with a huge sack across his shoulder and Raijin, the Thunder God, with hammers and a ring of drums. The two fearsome Gods are brothers who are believed to often challenge each other in fights. Ancient statues of Fujin and Raijin are found at the entrance of many shrines. They are invoked by the farming communities at the start of the year to offer protection to agricultural crops.

As powerful spirits or 'Kami', Fujin and Raijin are integrally woven into the rich heritage of Japanese mythology as protectors of the Japanese Islands from the ravages of storms.