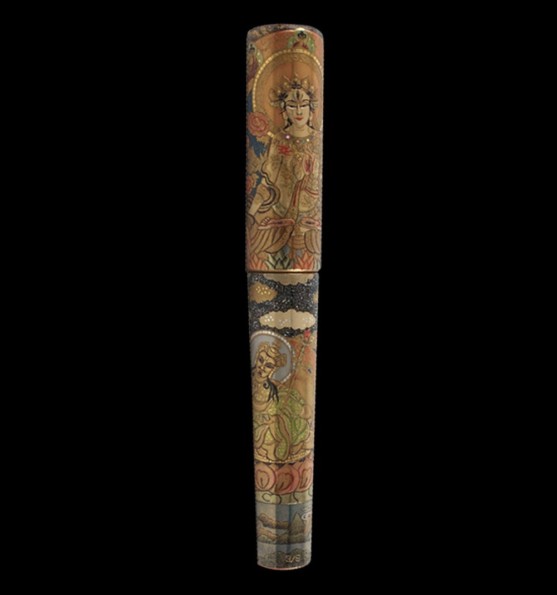 AP Limited Editions is honored to invoke the blessings of the revered goddess Tara, the ‘divine feminine’, the embodiment of compassion, protection and longevity in Buddhist religious tradition.

The very sacred and mystical Tara is propitiated to invoke different blessings and there are a myriad of different forms of this powerful goddess, especially the White Tara and the Green Tara. In this brilliantly crafted Maki-e rendition, AP Limited Editions pays homage to a stunning form of the White Tara, seated on a lotus flower.

The Buddhist Tara is believed to be a manifestation of the Hindu Goddess Parvati, symbolizing ‘shakti’ or the powerful life-transforming female energy.

Buddhist iconography features White Tara with seven eyes: the usual two on the face, along with the ‘third’ eye which is the essence of all time, space and experiences of the soul, and an eye on each of the four limbs, depicting the constant state of vigil that the Goddess provides to those who seek refuge in her.

May the compassionate White TARA protect you and bless you with a long life!