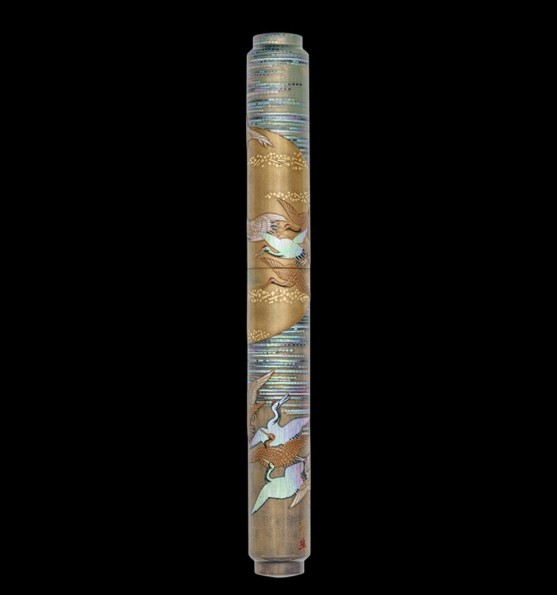 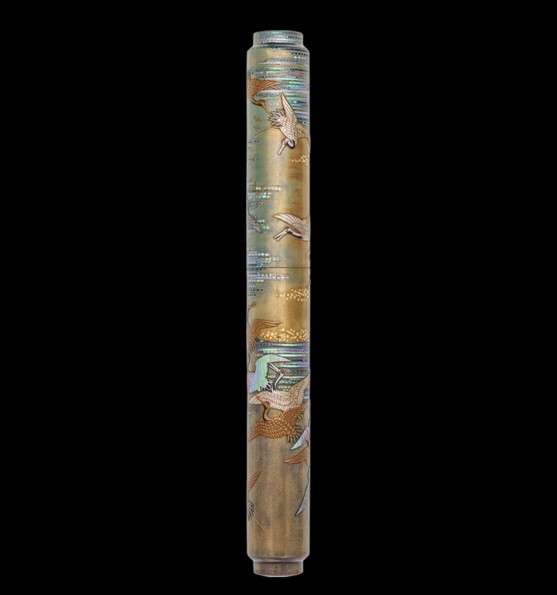 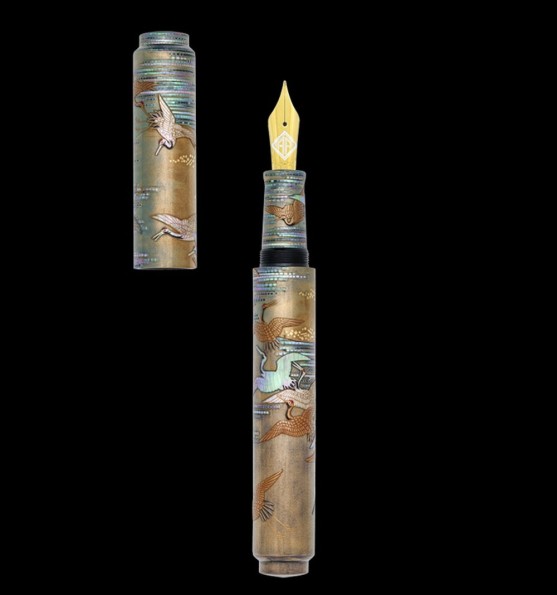 The Magnificent Flight of the Cranes

AP Limited Editions pushes the boundaries of Maki-e Art in a stunning modern rendition of Japan’s revered symbol of good fortune and longevity. The Crane is celebrated in all forms of Japanese art, folklore and popular culture and is often featured in the Japanese art of paper folding called Origami.

Crafted in precisely inlaid strips of White Mother of Pearl and Blue Raden, a flourish of Gold, Silver and Platinum powders, Kirikane and colored Urushi; The Magnificent Flight of the Cranes is a marvel in Radencraft and Taka Maki-e.