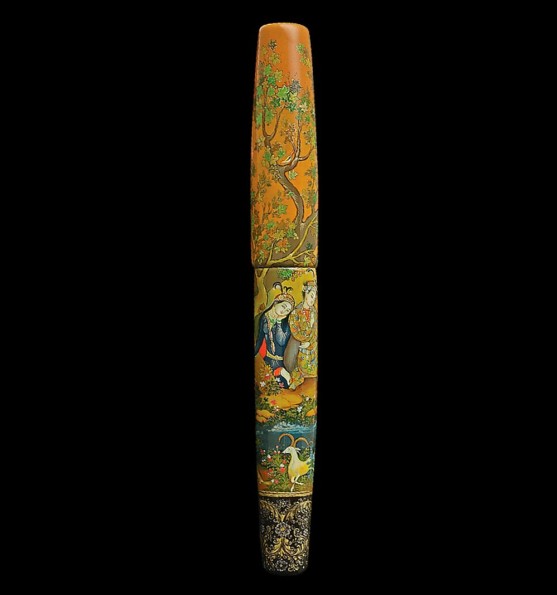 LOVERS IN A LANDSCAPE

AP Limited Editions presents ‘LOVERS IN A LANDSCAPE’ inspired by a painting of the same name, by a renowned 18th century Indian artist from the princely state of Lucknow in North India, called Mir Kalan Khan. The eclectic blend of European, Persian and Indian styles is elegantly captured in the subtle and soothing hues of the Palekh School of Russian Miniature Art.

The city of Lucknow was an important cultural capital for North India under the rule of the Mughal emperors, namely Akbar, who was a great patron of art, music and craftsmanship. The trade routes between Europe, the Middle East and India flourished and political patronage fueled the growth of the city of Lucknow to become a lively spot to explore art and culture. The intermingling of European, Persian and Indian styles was apparent in the sensibilities of many artists of the time which found unique expression in stunning works of art that weave the threads of cross cultural traditions and continue to fascinate and enthrall us forever.