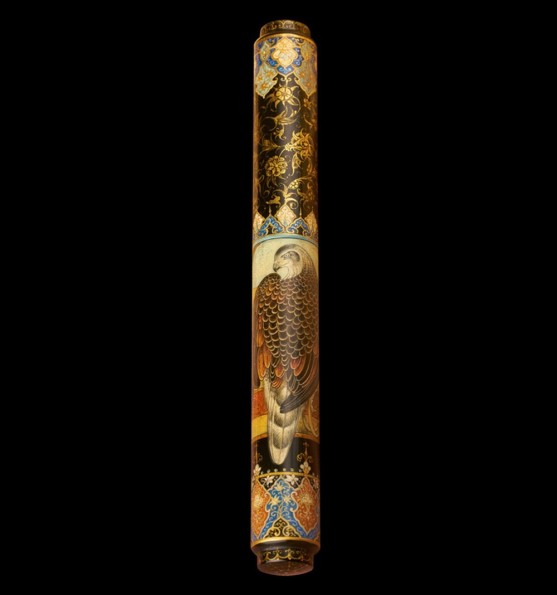 The heritage art form of the School of Palekh finds its finest expression in THE MAJESTIC FALCON, a new launch by AP Limited Editions, commemorating the ancient tradition of falconry practiced in the Middle East and the historical significance of the falcon.

The falcon has been closely associated with royalty through medieval times and is found on the seal or emblem of many a kingdom. Falconry is not just a sport but a tradition in the Arab world and cherished by some tribal cultures such as the Bedouin.

The falcon can travel over three hundred kilometers an hour and is extremely sharp-sighted, being able to spot far off objects. These qualities made it significant to hunting and for some tribes like the Bedouin a much needed friend in the harsh desert because of its ability to spot water bodies.

In the Arabian Peninsula, falcons have been caught and skillfully trained by their owners who they stay with for a season and voluntarily return the next season as they are migratory birds.

AP Limited Editions celebrates THE MAJESTIC FALCON and all that it represents – strength, discipline, honor and tradition.