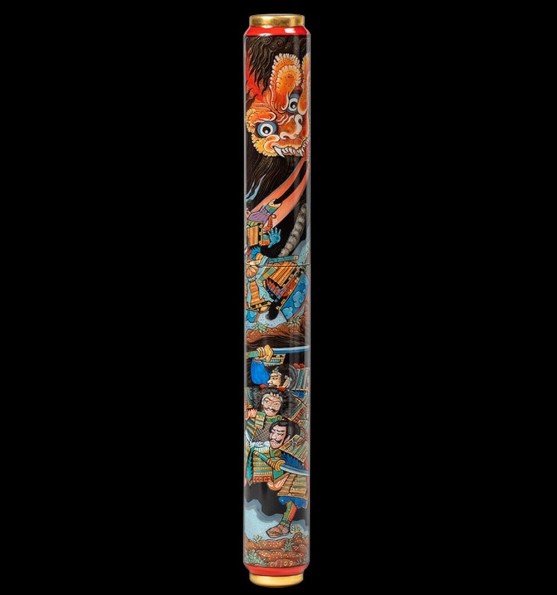 THE TALE OF SHUTEN DOJI

This tenth century mythological tale vividly describes a monster called Shuten Doji who loved drinking Sake and was responsible for the disappearance of young noble women in the Kyoto area. An order was issued by the Emperor for Samurai warriors, under the command of Minamoto Yorimitsu, to capture this ferocious monster.

Hand crafted in the bold and powerful strokes of the expert hand of the Palekh Artist; significant details of the scene of battle is superbly expressed.