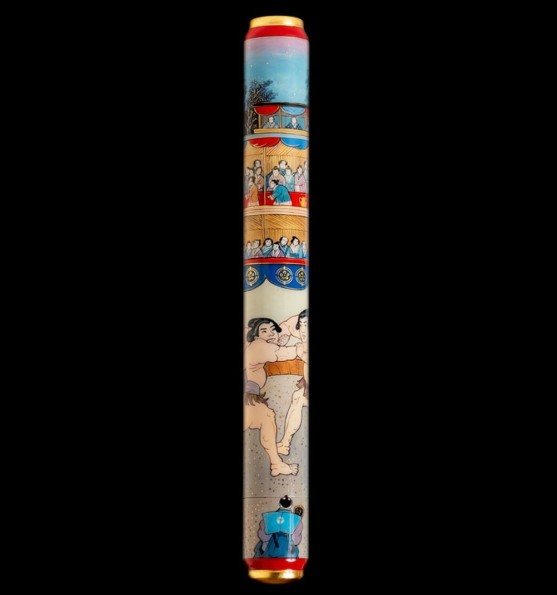 THE TRADITION OF SUMO

AP Limited Editions dedicates this exquisite feature to the rich heritage and traditions of Japan in a special limited-edition collection from the Palekh School of Art to honor the Sumo.

Sumo date back in antiquity in Japanese myths and legends in historical records of the Kojiki and Nihonshoki of the eighth century. The later Nara and Heian periods of history were witness to Sumo bouts being performed at the Imperial Court. The Sumo events became part of popular culture in the Edo period, when it became available to the masses. Many Japanese woodblock print artists have featured scenes of Sumo wrestlers who continue to adorn hair knots, traditional clothing and follow traditional customs and ceremonies.