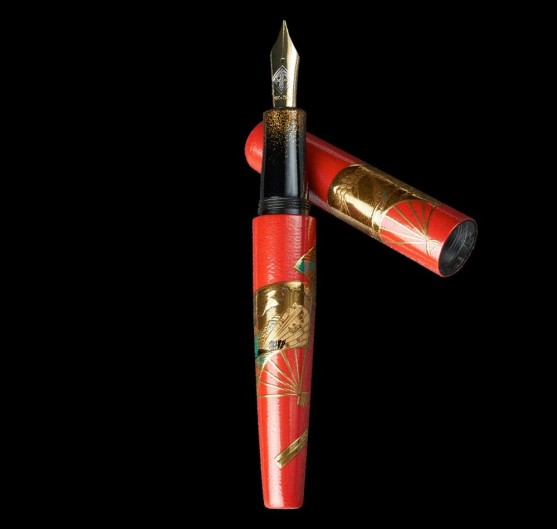 AP Limited Editions celebrates the charming heritage of folded fans that originated in Japan in the 7th century. Folded fans, referred to as ‘Sensu’ in Japanese were originally made in bamboo and paper; decorated with gold leaf and inscribed with poems and patterns and serenaded by royalty in the imperial courts of ancient Japan. The robust tradition of fan craft developed in the charming town of ancient Kyoto, renowned for its rich history of artistry, hence the term ‘Kyo’ (Kyoto) Sensu.

Sensu made their way from Japan to China during the Song Dynasty. The Chinese ‘Zheshan’ (folded fan) was crafted in damask silk, ivory, bedecked with jade and other precious stones. It was later introduced to Europeans by traders traversing the ancient Silk Route, gaining much popularity as a fashion accessory in 18th century Europe.

Many artistic techniques were applied to produce the most exquisite folded fans – embroidery, lacquer ware, jade and precious stone appliqué, carving, weaving, calligraphy and hand painting; to create stunning works of art that continue to inspire and share their story. You are invited to enjoy the experience of life in the cool flutter of The Royal Kyo-Sensu.