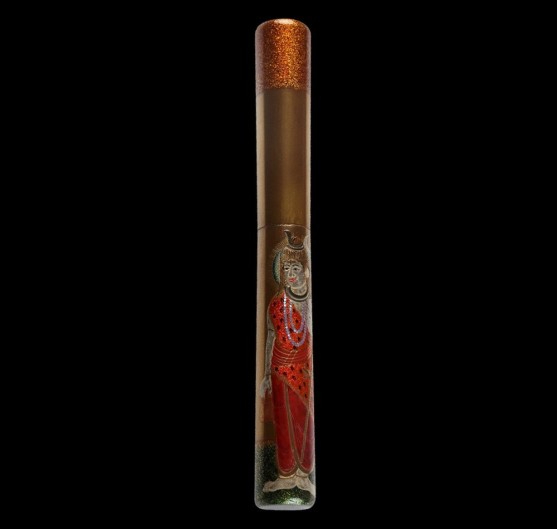 THE STORY OF SHIVA

The Supreme Lord Shiva is one of the most enigmatic Gods of the Hindu pantheon. He is the Ultimate Reality, the Purusha of Sankhya philosophy, the Seer who resides in passive awareness, who is seen in various forms and worshipped by various names. From early references in the Rig Veda, where he is known as the fierce and mighty Rudra, his cosmic power spread forth from his heavenly abode believed to be the sacred Mount Kailas, to the distant islands of Sumatra and Java.

Understanding the complex mystery of Shiva involves unraveling the hidden meaning of his sacred mythology and his divergent titles. While he is the supreme Lord of Yoga in Yogeshwara, symbolizing the purest most ideal state of a monk, he is also the husband of Parvati, the Supreme Shakti and the father of the mighty Gods Ganesha and Skanda. Shiva is the destructive force in the Hindu trinity where Brahma is the Creator and Vishnu the Preserver; but he is also worshipped as Mrityunjaya, the Grantor of victory over death and disease. He is also seen in his Ardhanareshwara form where he is represented as half male and half female in perfect union.

The benevolence of Shiva is manifested in Vaidyanath, the great healer and Pashupatinath, the Lord of all animals. As Gangadhara, the sacred river Ganges flows from the crown of his head. As the trident bearer, he is known as the heroic Trishuladhari, as the Lord of Dance, the skillful Nataraja. As the invincible Neelkanth or blue necked one, he became the savior of the Gods in their duel with demons when he consumed poison.