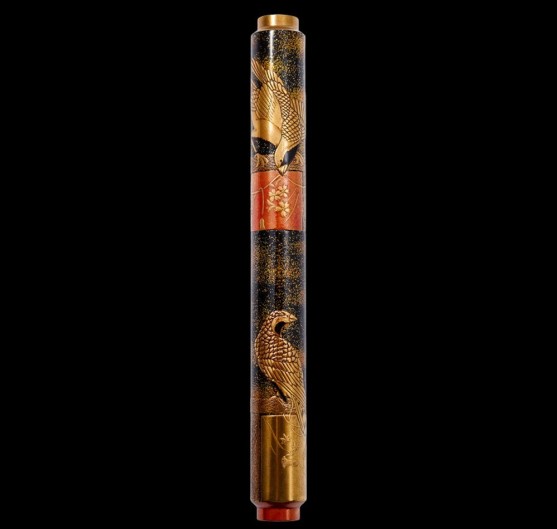 The Two Falcons by AP Limited Editions is a special feature for lovers of traditional Maki-e crafts where seasonal imagery was often depicted on Inros, small containers that became a popular fashion statement in Japan from the late fourteenth century.

A pair of falcons are superbly crafted in Taka Maki-e against a backdrop of traditional Urushi colors adorned with shimmering Gold and Copper powders.